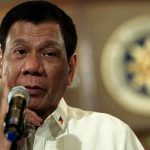 Philippine President Rodrigo Duterte is among the elite of the world’s most insidious, hypocrite tyrants.

Prior to meeting with President Obama this week, he referred to the president as a “son of a bitch” if Obama decided to inquire about the 2,000+ killed for alleged drug use and distribution since Duterte took office in June.

Apparently in the Philippines, its okay to steal identities, credit card accounts and especially be a global leader in software piracy.  Although if caught with a miniscule amount of an illegal substance, its off with your head!  Oh yes, and don’t get caught cutting down trees illegally as this seems to be a death sentence as well.

What’s alarming to me however is the Philippines, their law enforcement and their president seem to have no issue whatsoever with massive software piracy and distribution.  I’ve reviewed accurate reports estimating 80% or more of all software used in the Philippines is illegal. And if that’s not bad enough, this activity also includes software installed to government computers!

Obviously, all the major software developers such as Microsoft and Adobe to use as an example are aware of this.  In fact, Microsoft has looked deeply into the illicit activity in the past and more or less extended an olive branch to the country, well, primarily to its government offices although its still unknown if anything has been resolved.  If it involves the government to actually PAY for licenses, I would imagine the status-quo remains intact.

I’ve also been told from a reliable source that an estimated 90% of all Adobe products in use within the Philippines are pirated.   Therefore, it looks as though Adobe’s efforts to thwart piracy with the implementation of Creative Cloud isn’t working as well as anticipated.  At least on that small island nation in Southeast Asia.

In defense of the Philippine people and other Southeast Asian countries however, their economies are weak along with wages being low for the majority.  Although, the big software firms aren’t blind to the economic conditions and usually offer products at a lower cost when compared to the United States or employ other cost saving incentives.  Usually, this does little to help as it’s either not enough, along with the general consensus being that all software should be free so in effect they’re not stealing, at least in their minds.

The real joke here is every so often, the Intellectual Property Office of the Philippines conducts a raid of suspected high volume users of pirated software.  These “Intellectual Property Raids”, (see oxymoron) usually target schools and colleges which result in a few hundred DVD’s being confiscated.  Basically, the activity is similar to putting lipstick on a pig to create the illusion that intellectual property rights are being enforced.  Believe that and I have a nice bridge in Manhattan to sell you at a discount.