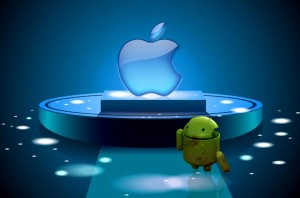 The problem with Apple and its remarkable decline in stock price is attributable to several factors.  The first being that Apple is no longer the only company making high-quality smart phones and tablets.  Other firms have caught up and Samsung has surpassed Apple in the smart phone market in units, features, models, screen size and arguably technology.

Another major problem with Apple is their limited scope of products, here again primarily their smart phone business which continually relies upon a “one-for-all” model approach that has stopped working a long time ago.

Apple completely missed the boat and underestimated the importance of offering a larger screen phone, much like the Samsung Galaxy models that have taken an enormous bite out of Apple.  Another big mistake was not offering a lower cost model with a plastic case available to developing countries who could not afford their standard (and only) high-cost model.  In these developing countries, Samsung owns the market and even if Apple were to release a lower cost phone now, it might be too late.

Another issue is that Apple has lost some of its “cool factor” with the 15 – 25 year old demographic where many of which are switching to Android based products.  In fact, if it wasn’t for iTunes and its death grip on the music industry, their iPod business, which is losing ground every day to smart phones could be in serious trouble.

But probably the biggest problem lurking in the trenches is arch enemy Google who has developed into a highly diversified technology firm and continues to expand their reach and scope.  No longer just a search giant, Google is invading just about every facet of Apple’s business – phones, tablets, music, computers, gadgets, mobile OS, desktop OS, tablet OS, etc.  And with Googles dominance in Search along with Android as the top mobile platform, its getting easy to sway new customers away from Apple.

If I had to bet on a winner going forward, I probably wouldn’t bet too heavily on Apple with its tightly integrated infrastructure and high-priced gadgets.

Only time will tell.